Arrive at Mauritius Sir Seewoosagur Ramgoolam International Airport and transfer to hotel.
Day at leisure and overnight at the hotel.

After breakfast, proceed for a full-day excursion to the Ile aux Cerfs island. This tiny islet off the east coast is an ideal place for sea lovers and a perfect haven of water sports and aquatic activities. It offers crystal clear lagoon and golden sand beaches. Enjoy water sports such as undersea walk/parasailing/tube ride and visit the waterfall at additional cost.

Please carry swimwear, extra pair of clothes, beach towel & sunscreen lotion. Packed lunch is to be carried to the island.

Île aux Cerfs Island, known in English as the deer island is an island near the east coast of Mauritius in the Flacq district. This paradise island of Mauritius constitutes of around 100 hectares of land. Nowadays there are no more deers on the island, but you will find there some of the worlds beautiful beaches and as such it is one of the must place to visit and see in Mauritius. Ile Aux Cerfs is famous for its sandy beaches, beautiful lagoon and big selection of activities and facilities. In Ile Aux Cerfs you are sure to have a day of relaxation and fun on one of the picture-postcard beaches, and to enjoy a swim and snorkelling in the lagoon. 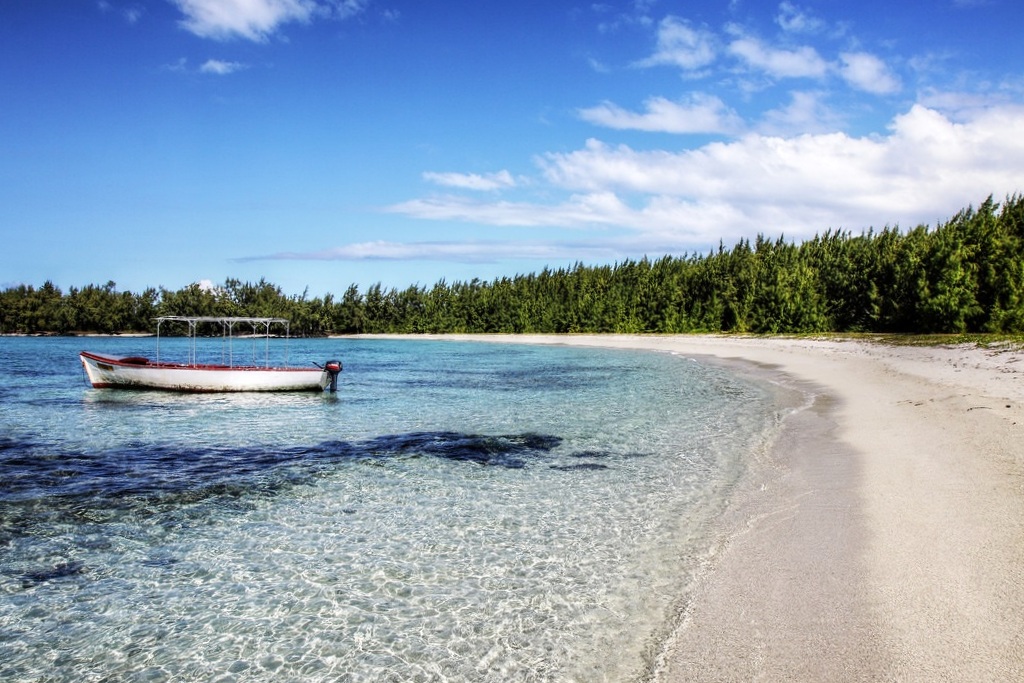 After breakfast, proceed for island south tour - drive to Phoenix town, visit the Phoenix recycled Glass Gallery showroom (entrance fee additional) followed by the Floreal town where one gets to visit a diamond shop and a ship model factory accompanied by a shopping spree at the respective factory outlets. Next, drive to the extinct volcano crater of 'Trou aux Cerfs' from where one can enjoy the extensive view of the central plateau and Curepipe town. The tour continues through the Plaine Champagne trails where one can come across the untouched beauty of Black Forest district, the sacred lake of Grand Bassin and Shiv Mandir which lies amidst a crater. Then, proceed for lunch (by own) at Restaurant Chez M at Bois Cheri. The tour finishes with Chamarel, the seven-coloured earth (entrance fee additional) or visit Gris-Gris, a wild place where the waves dash against the cliff and also visit 'Roche Qui Pleure' (translates to 'the crying rocks') with wonderful scenery.

Chamarel is a village in Mauritius located in Rivière Noire District, the eastern part of the village also lies in the Savanne District. The village is administered by the Chamarel Village Council under the aegis of the Rivière Noire District Council. Today it is primarily known for its scenic locations and nature attractions in its neighbourhood, among them are the Seven Coloured Earths, the Chamarel Falls, Ebony Forest Chamarel and the Black River Gorges National Park. The surrounding area is also known for its locally grown coffee. Chamerel's church Saint Anna was built is 1876 and is subject to a pilgrimage on the Assumption of Mary, during which the village hosts a fair associated with the pilgrimage as well. 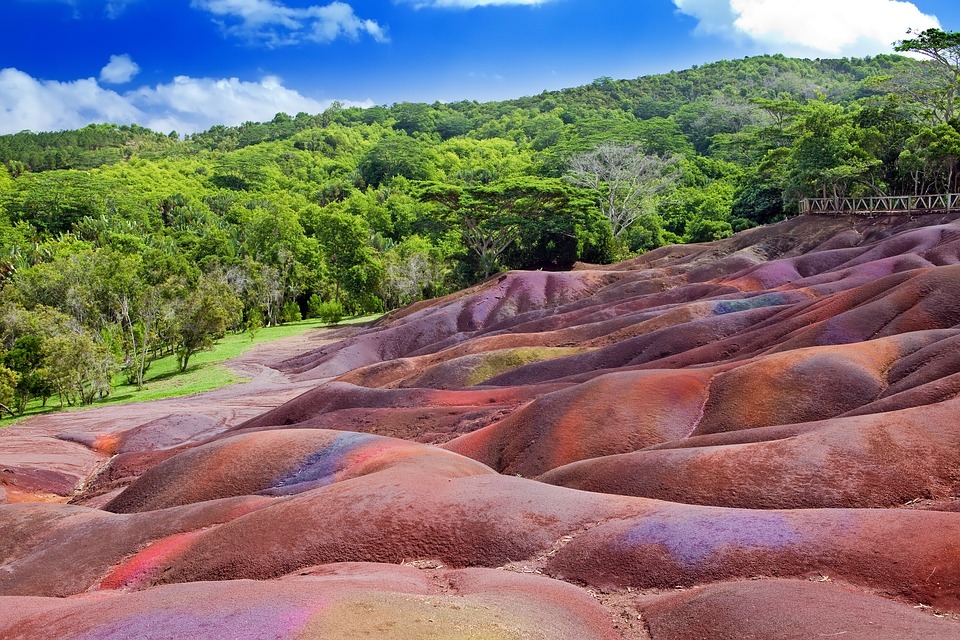 Ganga Talao is a crater lake situated in a secluded mountain area in the district of Savanne, deep in the heart of Mauritius. It is about 1800 feet above sea level. The first group of pilgrims who went to Ganga Talao were from the village of Triolet and it was led by Pandit Giri Gossayne from Terre Rouge in 1898. It is considered the most sacred Hindu place in Mauritius 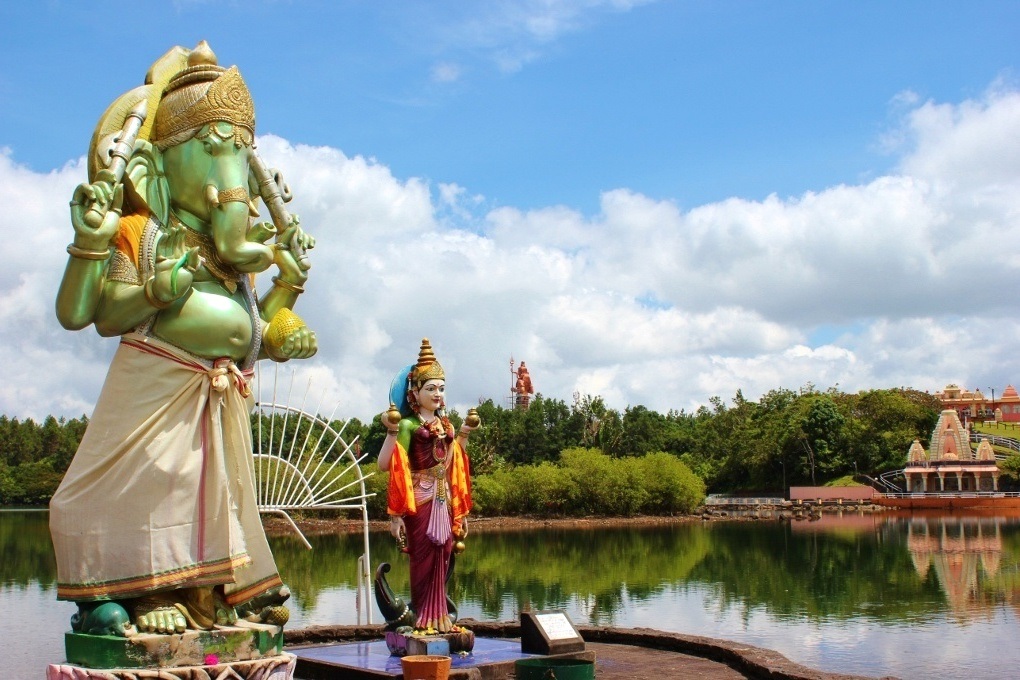 Trou aux Cerfs is a dormant volcano with a well-defined cone and crater. It is 605 m high and located in Curepipe, Mauritius. The crater has been alternately described as 300 and 350 meters in diameter, and is 80 meters deep. The crater was formed less than 2 million years ago in the second phase of volcanic activity that created Mauritius. According to experts, the volcano is currently dormant but could become active at any time within the next thousand years

3. Enjoy a full day Sea Hover Adventure at the West and South West coast of Mauritius including a visit to Crystal Rock and BBQ lunch on Benitiers Island.

You can choose to spend a day relaxing on a Catamaran Cruise through the spectacular islands. This unique cruising experience allows you to explore the best of Mauritius’s islands. Get away from the hustle-bustle and cruise through the crystal clear water and unspoiled beaches. With a selection of destinations like Gabriel Island, Flat Island, the West Coast, and Ile Aux Cerf, explore some of the spotless and tranquil beaches of Mauritius while spending some quality time with your loved one. Gabriel Island is known for being one of the best places to try deep-sea diving and snorkelling. Soak up some sun, while you sail your way through the perfect romantic Catamaran Cruise. 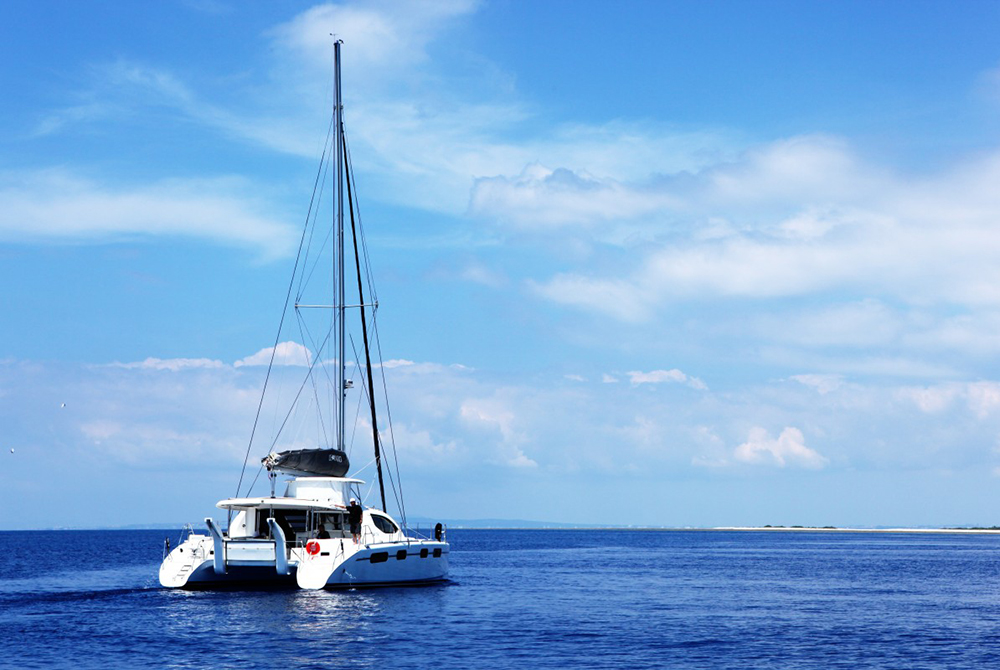 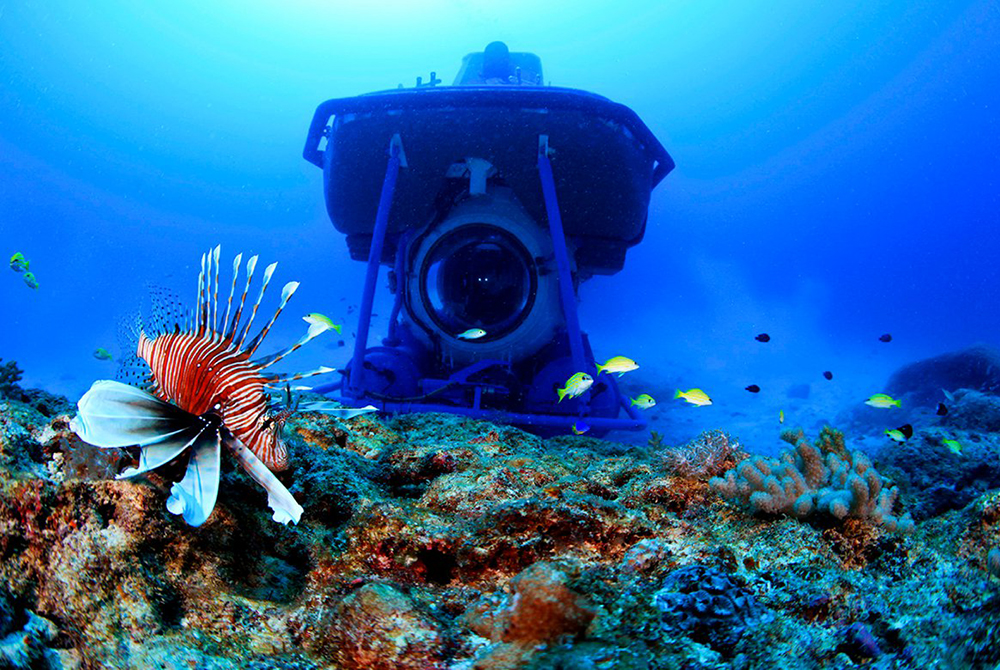 Explore the beauty of Mauritian Lagoon while driving your own Sea Hover for an hour through the West and South-West coast of Mauritius. If you are craving for some adventure and love speed, Sea Hover is one of the most thrilling sea activities in Mauritius for you. Visit the azure lagoon of Benitiers Island and enjoy a delicious BBQ lunch with picture-perfect vistas. The Sea Hover adventure is incomplete without a visit to the iconic Crystal Rock! 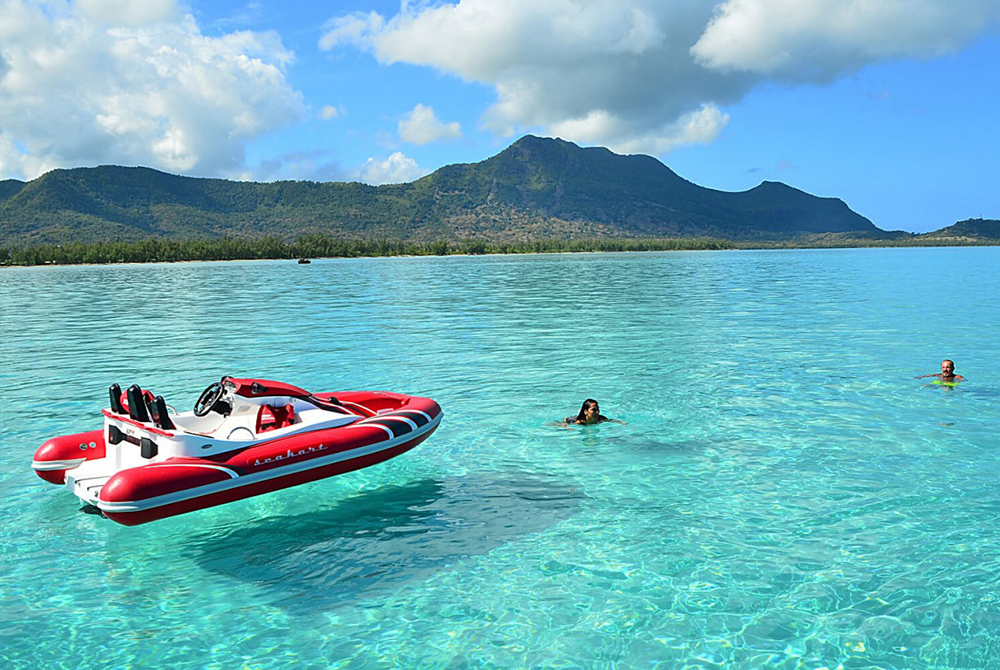 After breakfast, proceed for Port Louis and North Island Tour - driving through Labourdonnais Avenue, one can discover old French colonial buildings, in contrast with modern architecture and the government house. It is followed by a visit to the Fort Citadel and Champ De Mars horse racecourse. Drive by UNESCO heritage site, Aapravasi Ghat. Next, halt at the Caudan Waterfront square and harbor. Then visit the Port Louis Bazaar and commercial city. Proceed to Pamplemousses Botanical Garden which has a large collection of indigenous & exotic plants (entrance fee additional).

Le Caudan Waterfront is a commercial development in Port Louis, the capital city of Mauritius. It includes shops, banking facilities, casinos, cinemas, restaurants, a marina and a five star hotel. The name of Le Caudan Waterfront comes from a famous figure of the past, Jean Dominique Michel de Caudan, who came to former Isle de France from Languedoc. He started a saltpan in 1726, close to a small bay in the southwest of Port-Louis. This area, now known as the Robert Edward Hart Garden, is situated on the entrance road to Le Caudan Waterfront. 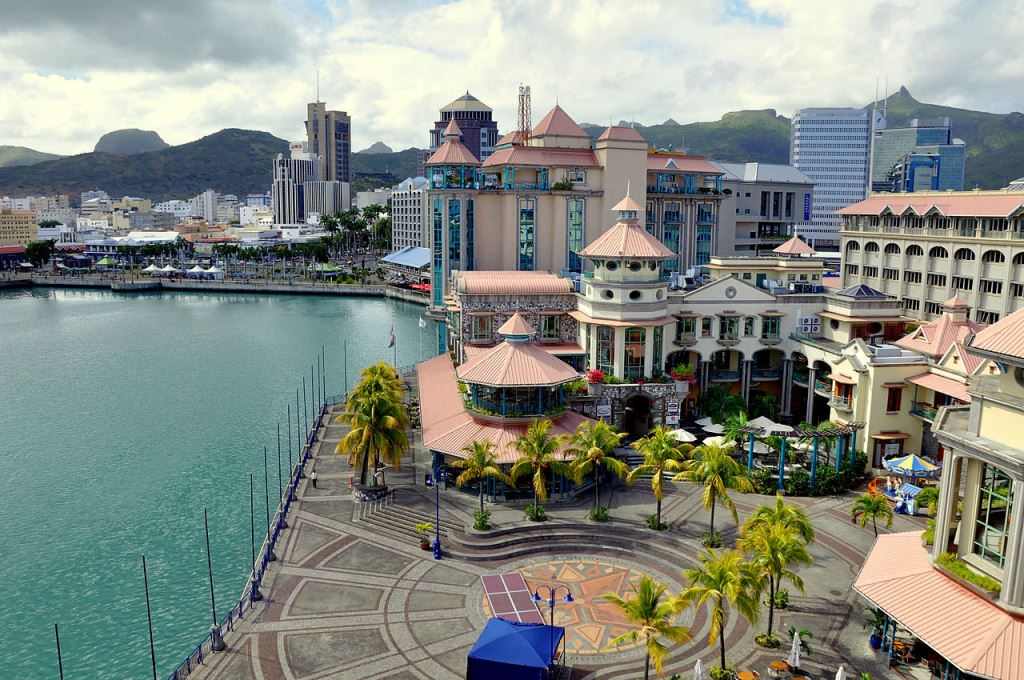 Enjoy the day at leisure. Visit the beach or explore the vivid shopping options.

For further details, refer to the General Terms & Conditions mentioned on the bottom ribbon of our website. 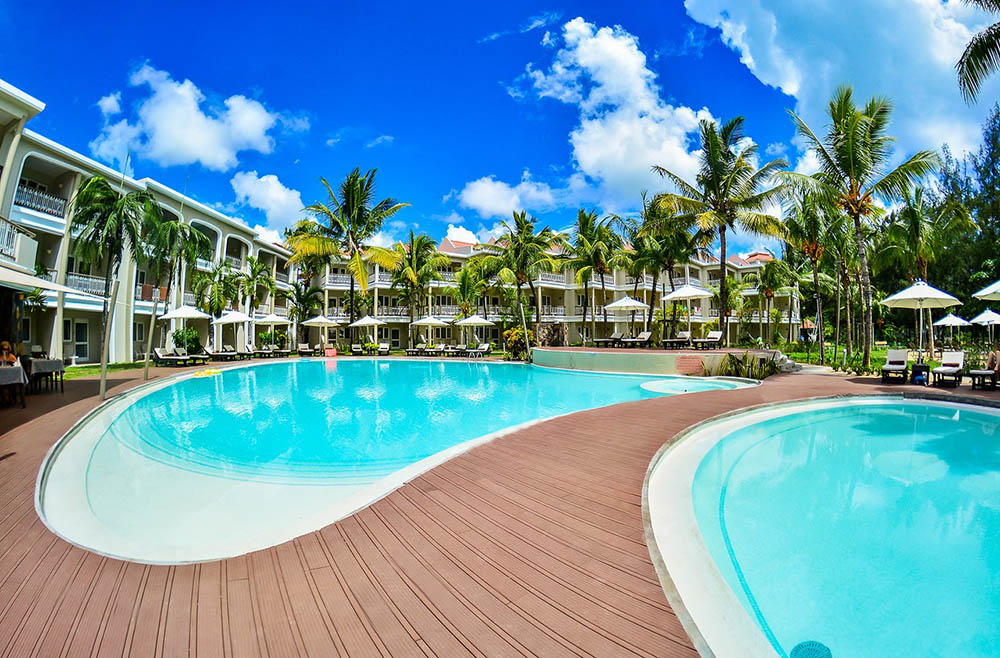 Our extensive global network of travel partners and in-house destination experts works round the clock to ensure unmatched service for a seamless travel experience.

We focus on enriching your experience, by providing top of the class accommodation, transport, guides, and dining experiences, without burning a hole in your pocket.

Having catered to 4000+ professionals from 35+ corporates, 250+ groups, and 10000+ travelers, we understand your varied requirements and serve you to the best of our capabilities.

From the Fjords of Norway to the Caves of Slovenia, from the Jungles of Amazon to the Peaks of Nepal, we let you quench your thirst for whimsical experiences across the globe.

Request A Call Back